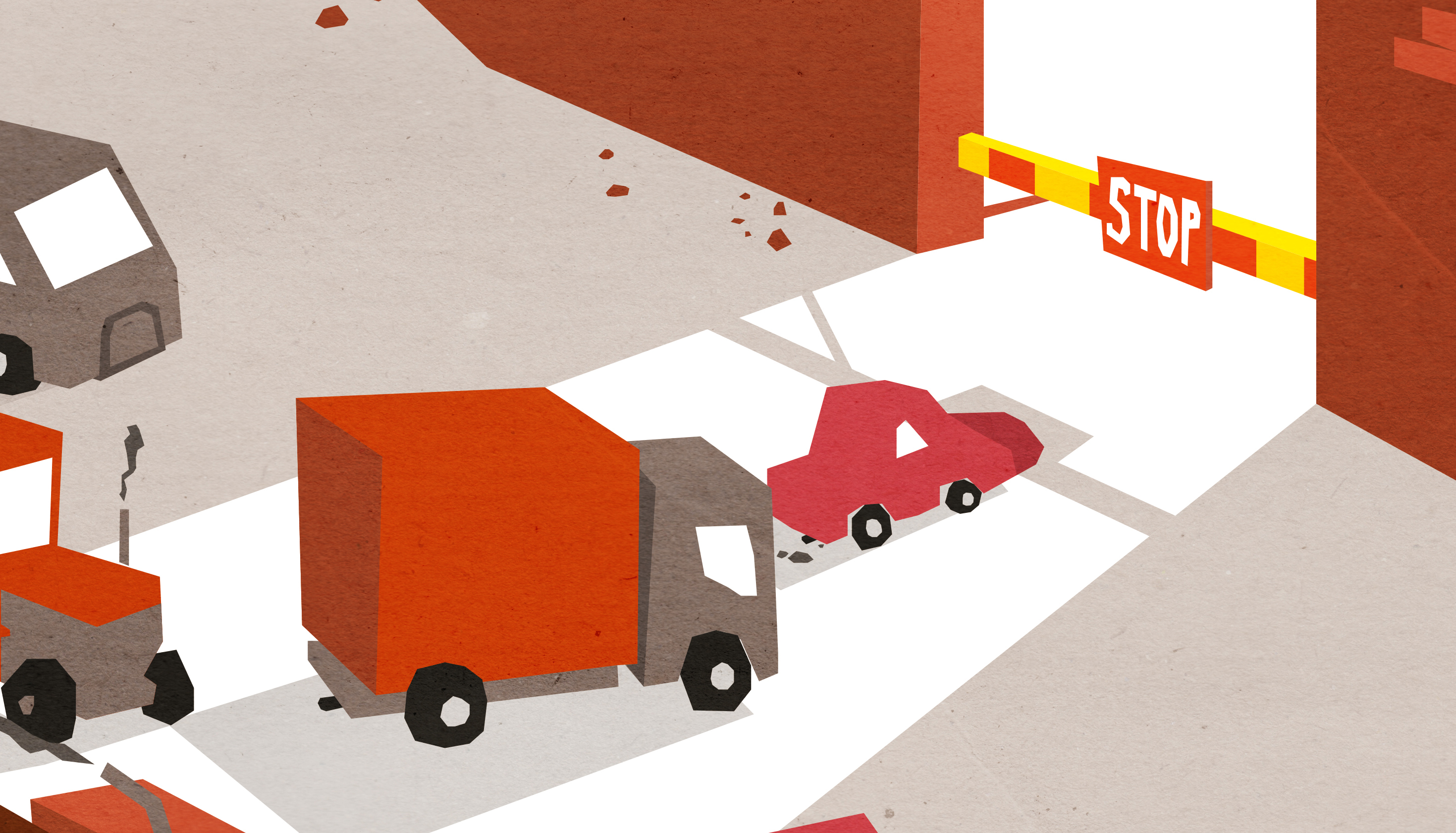 Carbon duties are a good idea for mitigating global warming – or are they? A more detailed examination reveals this seemingly simple solution to be actually highly complicated.

The Finnish Government has set record climate targets on a global scale: carbon neutrality should be achieved already in 2035.

From a global point of view, the European Union’s target of reaching carbon neutrality by 2050 can also be considered ambitious. For its part, the Paris Agreement has the aim of keeping the increase in global average temperature at 1.5 °C. The number of signatories to the Agreement is 189, which serves as evidence that countries around the world have realised how severe the climate crisis really is.

However, setting targets and having intentions is not the same as actually taking action, and different countries and regions have made progress at a considerably different pace.

Reducing emissions is often unachievable without investments in cleaner production processes that cost money, which may provide highly polluting manufacturing with an unfair competitive advantage. This may lead to moving manufacturing to regions with less stringent climate criteria. According to Tero Kuusi, Research Director at ETLA Economic Research, there is proof of this sort of carbon leakage occurring.

Kuusi considers the greenhouse gas emissions from manufacturing as a prime example of how the market mechanism does not always work.

– Once smoke has gone out of the pipe, companies no longer have to think about its costs. That is why regulation is needed.

There are different ways to carry out regulation. Kuusi feels that an optimal solution would involve determining the price of carbon dioxide in the global market and selling emission allowances globally.

– The most efficient agents would produce more, and manufacturing with higher emissions would be more expensive. As long as we are not able to achieve this, we will have to think of other solutions, Kuusi says.

While the solutions could include a consumption tax based on carbon emissions and subsidies for green technology, there are certain limitations to introducing them.

How to prevent carbon leakage?

Carbon border adjustment mechanisms (CBAMs) imposed by the European Union are among the measures presented for preventing carbon leakage. The Green Deal programme for green development launched by the European Commission and the EU coronavirus recovery package have made carbon duties an increasingly topical discussion point.

The carbon duty system would take into account carbon dioxide emissions from the manufacturing of products, for which manufacturers would have to pay customs duties at the EU’s external border. A joint project led by Tero Kuusi involving researchers from ETLA Economic Research, the Finnish Environment Institute, the University of Helsinki and the Massachusetts Institute of Technology investigates challenges that should be solved before a viable carbon customs system can be created.

The report outlines different scenarios for the implementation of carbon duties, and examines how duties of similar extent have affected trade and value chains, and the potential impact of carbon duties on changes in production in the EU. The final results of the report will be completed in late autumn.

Tero Kuusi believes that there are theoretical grounds for imposing carbon duties to prevent manufacturing and CO2 emissions from leaking outside the EU. However, he notes that carbon duties pose technical, legal, political and economic challenges.

As our discussion goes on, Kuusi keeps using the word “challenge” so often that the implementation of carbon duties starts to sound like a major problem. The more ambitious the desire to impose carbon duties, the more issues arise that will be difficult to solve.

According to Kuusi, we could get going by introducing a simple model. For example, France has suggested that only the most emission-intensive sectors and the simplest products such as cement should be subject to carbon duties.

This choice sounds logical as cement manufacturing is one of the biggest sources of carbon dioxide emissions. It accounts for between 5 and 8 per cent of global CO2 emissions.

– However, it is not a particularly important product in world trade, so from a climate policy perspective, carbon duties imposed in this area would have limited impacts. This could still be the way forward in introducing carbon duties. By limiting carbon duties to cement, we would also avoid stepping on too many toes, Kuusi reflects on the realities.

While cement could be the first step, the measures should target a wider set of products to ensure that the system has sufficient climate impacts. This would lead to stepping on some even bigger toes, and the carbon duty wall at the EU’s border would perhaps no longer be accepted by the rest of the world with a mere nod of agreement.

This has also been addressed by the Confederation of Finnish Industries, which has cautioned that carbon duties are politically highly risky.

– I have no doubt that they will give rise to counter-reactions. There is also a question of how to implement carbon duties fairly and what would be done with the money collected through them. It would be easier to justify the duties if the money collected went to supporting the climate policy of developing economies and the development of green technologies. This would put the money to back to where it is collected”, Kuusi considers.

He notes that this target is blurred by the fact that the EU recovery package highlighted carbon duties as a potential new source of income.

If the carbon duties were to apply to steel, European steel production would initially gain benefits. However, when we proceed further in the production chain, consequences may also affect operators within the EU. For example, Finnish workshops would have to choose between either buying more expensive steel produced in the EU or steel imported from elsewhere with a price increased by the new duty.

If the carbon duty did not apply to machinery, machines imported from elsewhere would receive a clear competitive advantage compared to those manufactured in Finland. This would cause a major blow to Finnish workshops’ potential for success, consequently also affecting European steel production. As a result, the carbon duties could negatively affect not only companies and the national economy, but also climate itself.

Correcting this distortion would require also including machines within the sphere of the carbon duty system. This would lead to a need to measure, say, the emissions caused by the intermediate products needed by Chinese workshops in their manufacturing. It would be a highly difficult and laborious task.

– The system should be broad to ensure that it would not result in distorted competitive positions. This is a highly complicated scheme of things, Kuusi says.

The broader the range of sectors and indirect and direct emissions covered by the measurements, the greater the data mass required for correctly allocating the carbon duties. Determining how to amass all this data in practice is going to require a lot of work. There is a risk that the system will end up costing too much.

Carbon duties could even out the market situation within the EU. But ensuring that the playing field is equal to companies operating in various regions requires also paying attention to exports from the EU. One alternative would involve supporting products manufactured with a more expensive system through emission allowances. Nevertheless, Kuusi questions whether it would be right for the EU to impose carbon duties on imported products while at the same time granting free emission allowances to its own industry.

Carbon duties could also divide the market in a new way. For instance, this could entail separating the Asian and EU markets from each other, which would result in more trade within these regions instead of across their borders. This would reduce the impact of carbon duties on cutting emissions. At the same time, some of the efficiency benefits of the international division of labour would be lost.

Despite all the complex challenges – or problems – associated with carbon duties, Tero Kuusi is not completely pessimistic about the issue.

“I am not binning the idea of carbon duties.”

He says that carbon duties could be imposed within the limits set by the World Trade Organisation (WTO).

– Article XX on health, the environment and natural resources allows for this, making it possible to impose customs duties in such a way that they do not violate WTO rules. This means that the duties must be scaled to reflect the difference in the price of emissions.

Indeed, Kuusi feels that the debate on carbon duties in the EU is a new opening that pays attention to this issue and attracts other parties to negotiations on the topic.

– This demonstrates an intent to lift the multilateral negotiating position from its current, poor state. Returning to the negotiating tables with other countries should be a major political target. Hopefully, the political situation will clear up and the negotiations will result in finding climate solutions.

Kuusi believes that the increasingly serious problems caused by global warming will eventually force all parties to the same table.

– Unfortunately, this may be the catalyst that it takes to finally wake everyone up. Systems such as carbon duties have potential in raising awareness and creating incentives for taking climate policy measures and investing in green technologies in companies.