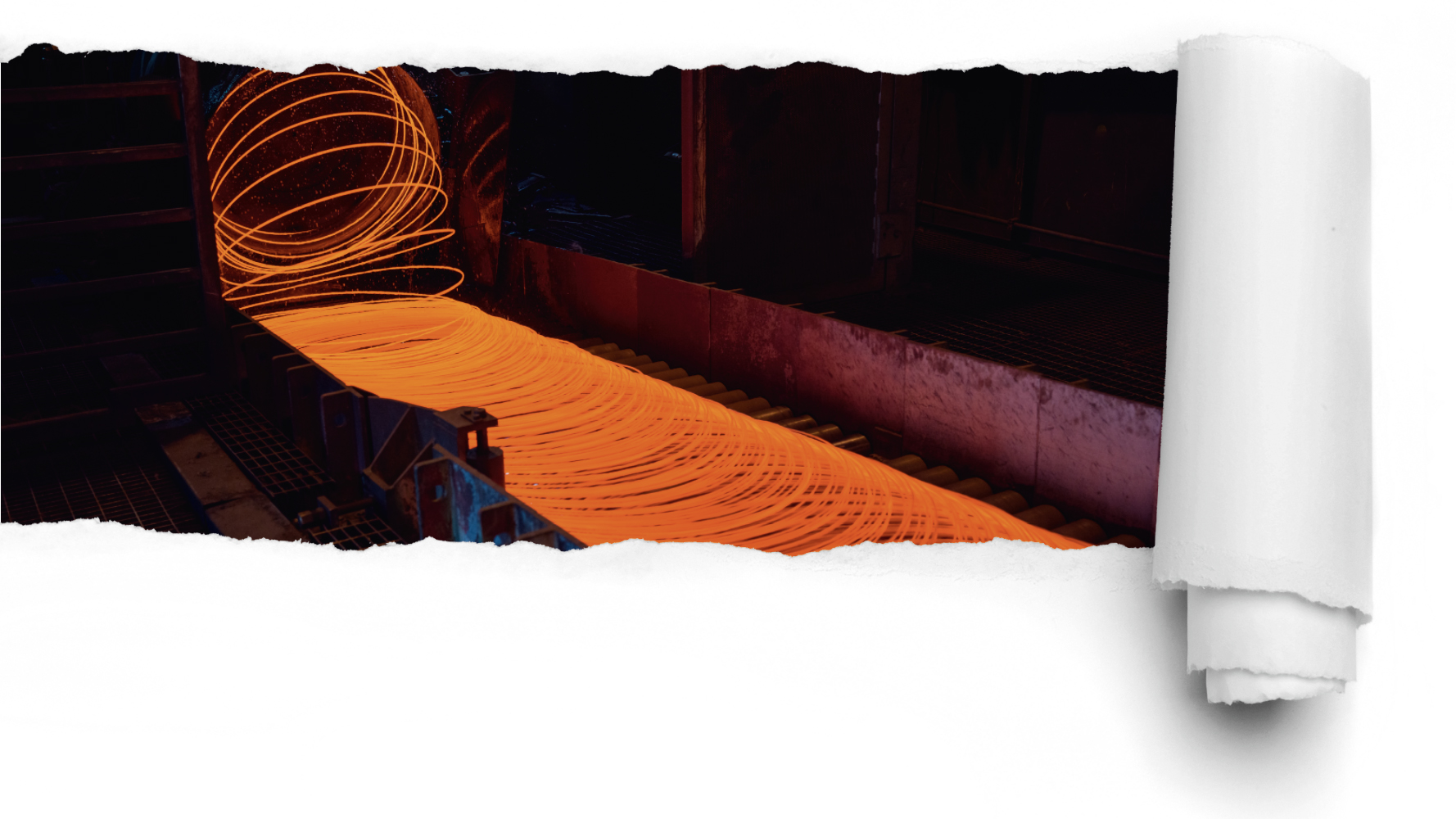 While Finland is busy cutting its own greenhouse gas emissions, products made in Finland can also contribute significantly to reducing emissions in other countries. We call this effect the carbon handprint.

The Earth’s temperature is rising inexorably. Glaciers are melting, farmlands are threatened by drought, and hundreds of millions of climate refugees are looking for a new place to live. The debate on global warming can paint a gloomy picture of the future and cause major climate anxiety. However, there are other ways of looking at the future.

Orgalim represents 130 000 companies with a total of 11 million employees. Hedenborg justifies his belief that the climate challenge can be met by observing how the capacity to develop new solutions and technologies has raised humankind from poverty, laying the foundation for our present prosperity.

“It’s true the climate problem was caused by technology and industrialisation, but technology is also our only means to deal with this problem,” Hedenborg says.

Tomas Hedenborg is convinced this is the only way to cope. According to him, it is utopian to imagine that people would accept a lower standard of living. The part of the world’s population for which prosperity is within reach is not about to abandon its goal of enjoying the same quality of life that we have already attained. Hedenborg points out that this doesn’t mean people can’t make significant choices of their own.

“However, you can’t rely on this leading to climate neutrality”, he says.

Moreover, it would be selfish and unreasonable for people from a rich country to demand that developing countries reduce their emissions, thereby risking their chance of a better life. After all, the greenhouse gas emissions of the average Indian are currently only about one fifth of those of the average Finn. For the inhabitant of a developing country, a higher standard of living does not necessarily mean holiday flights to distant countries; it could be as mundane as being able to buy a washing machine to make everyday life a little bit easier.

Tomas Hedenborg was a member of a working group set up by the European Commission to prepare a report on ways in which European industry could respond to the climate challenge. The report set 2035 as the target date for attaining carbon neutrality.

Hedenborg points out that miracles have been achieved in the past, once the challenge was defined clearly enough and once there was sufficient motivation. Thus, the depletion of the ozone layer that threatened life on Earth was halted in 1987, when the world’s countries concluded the Montreal Protocol, which banned the use of ozone-depleting substances and led to extensive investment in the development of alternative technologies. Today, the ozone layer has largely recovered.

Should we produce goods in Finland or somewhere else?

Is Finland part of the problem or is it part of the solution? The answer to both questions is probably yes.

Finland’s annual greenhouse gas emissions amount to approximately 56 million tonnes of carbon dioxide equivalent. There has been a substantial decrease: current emission levels are 21% lower than in 1990. As recently as in 2010, total emissions were 75 million tonnes.

However, we need to do even better, as the Government has set the globally ambitious goal of attaining carbon neutrality by 2035. Doing this will require action from all sectors of society.

To take an example, the combined annual emissions from industrial processes and from using industrial products currently amount to approximately 5.9 million tonnes of carbon dioxide equivalent. In line with the Government’s objective, our export industries, in cooperation with the Ministry of Economic Affairs and Employment, are currently preparing sector-specific roadmaps for low-carbon production.

A simple way to approach the target of carbon neutrality and dress up the national statistics would be to downscale the emissions-producing industries in Finland or to close them down entirely. But would that really make good climate sense?

The production of stainless steel by the Outokumpu mill in Tornio accounts for around 3.5% of Finland’s total electricity consumption. Shutting down this installation would therefore reduce our energy consumption and greenhouse gas emissions. Taking a broader perspective, however, suggests that a different course of action is called for.

“From the point of view of environmental protection, it is very important to ensure the competitiveness of producing steel in Finland and Europe and to prevent production from migrating to countries where the same output would cause much greater pollution,” Tuutti says.

It is particularly significant that more than 85% of the materials used for making Outokumpu stainless steel are recycled. This reduces energy intensity and emissions compared with China and Indonesia, where steel is made primarily from ore-based raw materials. What is more, Outokumpu uses low-carbon electricity in its production process.

Trying to do even better, the company is currently exploring the viability of building a new slag furnace which would consume about 30% less energy than the current ferrochrome production processes. According to Outokumpu, the methods used to produce the ferrochrome needed for making steel at the Tornio plants are already the most energy-efficient in the world.

Tuutti points out that energy costs are the largest single cost item in steel production, which is why the company is highly motivated to minimise energy consumption. Reducing emissions also entails costs, however.

“The fact that emissions are not considered to be relevant in some parts of the world creates a problem for both trade and climate policy. In the EU, the new President of the Commission has hinted at the possibility of introducing carbon tariffs in order to ensure a level playing field between European and Asian producers,” Tuutti says.

Should we be cutting down our forests?

What about the Finnish forest industry, which accounts for more than 20% of Finland’s export income? In 2017, the value of these exports totalled EUR 13.2 million.

The forest industry’s role has figured prominently in the climate debate, and there has been some heavy criticism of the way we treat our forests.

Felling and other factors related to forest growth affect the carbon sequestration capacity of Finnish forests, which is essential to achieving carbon neutrality. According to estimates by Natural Resources Institute Finland, our carbon sinks currently amount to 23.5 million tonnes of carbon dioxide. This is likely to fall to 17.9 million tonnes in 2035. Previous estimates were significantly higher.

Another perspective on the Finnish forest industry is that if we don’t meet the demand of the world market with products made in Finland, it will be met by increasing production somewhere else. From the climate point of view, the relevant question is whether these countries can increase their forest resources despite felling. This option would also leave Finland without the income generated by the forest industry.

Finland accounts for approximately 0.1 per cent of global greenhouse gas emissions. While reducing our own emissions is important, another vital issue is how much equipment made and technologies developed in Finland can reduce emissions in other parts of the world.

We have already achieved some significant results. For example, various projects carried out by the mining technology company Outotec resulted in reducing greenhouse gas emissions by a total carbon dioxide equivalent of 6.2 million tonnes, according to the company’s own figures. This figure is of a similar order of magnitude as all industrial emissions or emissions by all passenger cars in Finland.

The pursuit of carbon neutrality and sustainable development will create growing demand for clean and emission-free solutions. According to a report by the Finnish Innovation Fund Sitra and the consulting firm Frost & Sullivan, the value of Finland’s relevant annual cleantech market will grow to USD 3,000 billion by 2050. In addition, the estimated value of the market for low-emission transport solutions is USD 4,700 billion.

New Climate Economy, on the other hand, has calculated that ambitious climate action could grow the global economy by USD 26 000 billion from now to 2030.

These figures give an indication of the enormous business opportunities triggered by the fight against climate change. Despite all this, many people still have faith in the future of the fossil economy. The value of Aramco, the Saudi oil company, has been estimated at as much as EUR 1,500 billion in the current stock exchange listing. Those investing in the company must have a strong belief in continued demand for oil.

So there is still work to be done if we are to achieve carbon neutrality.